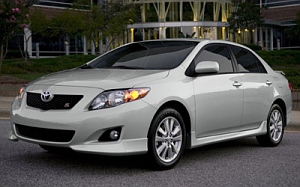 “The consistent quality produced by Canadian team members has supported this major contribution to our economy," TMMC chairman Ray Tanguay said. "This is another proud milestone for our company and for Canada. We are very grateful to our customers for their ongoing support."

TMMC operates facilities in Cambridge and Woodstock, building the Corolla, Matrix, Lexus RX350 and RAV4 models. It took 11 years to build its first 1 million cars. The 3 millionth vehicle was built just three years ago. The Canadian division has capacity to make 500,000 vehicles a year.
www.tmmc.ca