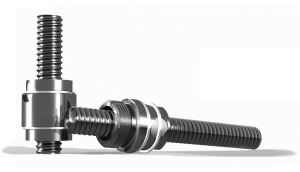 1970s
Upon its paradigm shift to manufacturing and its inception as Nook industries in 1969, the company marked its first 10 years throughout the 1970s by establishing the core production and marketing of its Power-AC Acme Screw Assemblies and ActionJac Worm Gear Screw Jack product lines.

1980s
By the early 1980s, Nook had established its complete ActionJac product line and was primed for growth with the advent of the satellite revolution in broadcast television. By 1983, direct satellite dishes were being readily adopted by the large broadcasting networks and Nook secured major orders for its ActionJac Worm
Gear Screw Jacks for satellite dish actuators for the ABC & CBS networks respectively.

The end of the decade was also marked by Nook being granted member status for The Association for Manufacturing Technology (AMT) and the establishment of its Power-Trac Ball Screw and Power-Trax Linear Bearing, Shafting and Component product line.

1990s
By the early 1990’s, Nook’s commitment to growing via vertical integration was in full swing as it was manufacturing everything they sold; with the exception of peripherals. In 1997, all operations were consolidated to its current 120,000-sq.-ft. manufacturing and office space in Cleveland.

Notable achievements during this decade included the installation of the world’s largest capacity precision thread roller with regular production of 2" – 6" diameter, and the ability to roll up to 14" diameter. Where commercial grade rolled-thread screws were the standard, precision-rolled production leveraged an automated
heat treatment and cnc thread-rolling process that offers the highest accuracy.