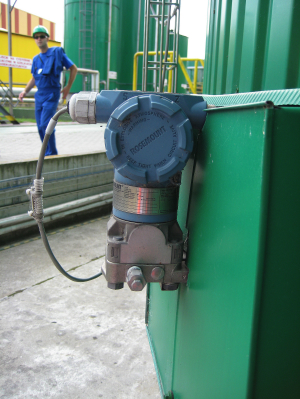 Emerson Process Management’s PlantWeb digital plant architecture has enabled ZT Kruszwica, a subsidiary of Bunge (the world’s largest producer of oilseed and bottled vegetable oils) to increase production by 10 percent, cut maintenance costs by 50 percent and significantly reduce the use of utilities and raw materials at a new rapeseed oil processing plant in Kruszwica, Poland.

The new ZT Kruszwica processing plant, which has become one of Bunge’s top three most efficient vegetable oil processing sites worldwide, was built to replace an outdated unit located nearby. When ZT Kruszwica was looking to fully automate the new plant, it selected an automation solution based on Emerson’s PlantWeb digital plant architecture with the DeltaV digital automation system and using HART communications to network Emerson’s intelligent devices throughout the plant, including Rosemount transmitters and Micro Motion Coriolis flowmeters.

“Crucial to the selection of the PlantWeb architecture was our conviction that it would deliver greater efficiency than the PLC based systems we had evaluated,” says Jacek Brauer, ZT Kruszwica, plant automation specialist/automation project team leader. When it became apparent that every single process across the plant could be controlled and configured from a single engineering station, it was an easy choice.”

Emerson’s DeltaV system has played a key role in helping to reduce variability within the process. By providing easy access to trend data, DeltaV makes it easy to spot deviations from optimum operating parameters. Using this information, ZT Kruszwica has modified and improved the algorithms run by the DeltaV system to optimize the process. As a result, they’ve been able to run the plant closer to its maximum capacity without compromising end product quality.

The new Kruszwica plant has seen production almost double from 700 to 1,300 tons a day compared with the old plant. This has been achieved largely because of the new machinery installed, including a larger extractor. The PlantWeb architecture has also helped to increase production. With access to additional measurement data, it has been possible to identify and address bottlenecks in the process, and improve output. Since its start up, production at the new plant has increased by 10 percent as a result of improving production processes.

AMS Suite, a key component of Emerson’s PlantWeb digital architecture, was used prior to start up to ensure that devices were installed and configured correctly. This helped to accelerate commissioning and contributed to a highly successful start up. AMS Suite is now used to check and recalibrate level devices, identify flow-metre sensor errors, and monitor the health of critical devices, especially those in hazardous areas.

“We’ve installed measurement points absolutely everywhere in the process, and by using the DeltaV system, we’re able to quickly identify if there are any problems with individual machines, such as pumps,” says Brauer. “We don’t have time to monitor all the devices individually, but we can look at measurement data trends to identify and rectify faults immediately.” 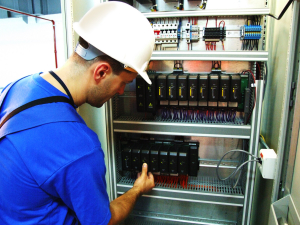 Total maintenance costs are 50 percent lower than for the previous plant. The new high-quality measurement and control devices from Emerson have been a significant factor in this reduction, since they require less servicing. The automation solution has removed the need to monitor devices manually, and new procedures have been put in place to address problems quickly and efficiently.

Emerson’s instrumentation and DeltaV system are helping to save energy at ZT Kruszwica. One example is the introduction of new temperature-measurement points on the heat exchanger. Four Rosemount temperature transmitters are now used where previously only one was in place. The increased data made available from these additional instruments showed that the heat exchanger was only 50 percent efficient. Improvements were made to the program running this section of the process and efficiency was increased to 90 percent by using the DeltaV system. This has seen energy reduced by 1,300GJ a month, which amounts to EURO 77,000 a year.

The new plant, incorporating Emerson’s digital architecture and DeltaV, has helped save valuable resources. There has been a significant reduction in the amount of raw materials and utilities used; hexane consumption and the use of bleaching earth have been reduced by 25 percent. This is as a result of constantly improving the programmes run by the DeltaV system. A new closed loop system that returns water back into the process has decreased water use by 75 percent.

This process is fully automated by the PlantWeb architecture, using over 100 of Emerson’s Baumann and Fisher control valves and over 950 ON/OFF valves fitted with Emerson’s El-O-Matic actuators, all controlled by the DeltaV system. Rosemount Vortex and Magnetic flow metres measure utilities.